Wait long enough and someone will do it for you

Like many of you, I have a crap-ton of ideas, and I get new ones every day. Until about 2009 I never bothered to write them down, or even discuss them with anyone. They’ve always been just sort of interesting mental exercises. Most of these are not monetizable (my spell checker says that’s not a word, but I don’t care), but interesting in some way. Some of them are good, and I think could make some money if I invested enough time and effort marketing it through Social Boosting. Over the years, I’ve discovered many of my ideas have been implemented by other people. I’m always kind of happy when I come across actual implementations of my ideas. Maybe I see it as proof that my ideas could really take shape, but mostly because I think these ideas make the world a better place and it’s good to see them realized. Out of curiosity, I often try to find out when these people started their projects in an attempt to see if I thought of it first.

The first time I remember this happening is with maglev trains. Well before I had any idea of the engineering (pun intended) involved, I’d had this idea about running trains on magnets instead of wheels to reduce friction. Then years later I remember reading in Popular Mechanics about the first maglev trains in Asia and thinking, “Whoa, that was my idea. How did they know?!” Much more recently, I ran into the same thing with trains in vacuum tubes. It was really cool to see that someone is actually working those too. (Since then, I’ve begun to suspect this idea may have been sparked by memories from my days as a toddler watching SuperTrain with my parents. I’ll have to ask them if they were fans of the show.)

An example from a couple of years ago was a social media site for BarCamps and conferences designed to let the people in a particular talk continue the discussion afterwards. The idea was that the people in the talk could subscribe to a mini-email list or discussion thread just for that talk. Then the speaker could post materials from the talk and answer follow-up questions. Convore came along about a year later and did almost exactly what I was thinking. PyOhio used it in 2011 without a lot of success (few participants), and we gave it a go at BarCampGR in 2011 with the same results. Convore is gone now, but Tribbon was recently funded at StartGarden and is looking to fill a similar need. They’re not doing it how I had planned (my idea was much closer to Convore), but I think they’ve got a good plan.

I first started drafting this post back in September of 2012 because that week had been an especially good week for folks reading my mind and implementing my ideas. First someone grabbed mobile phone laser tag out of my idea list. And after finally pitching one of my ideas to someone, she pointed out that someone else has already begun implementing my real-time automatic smartphone photo conglomeration for weddings idea.

I just came across an Indigogo campaign for one my silliest ideas from about seven years ago – a robotic tail that responds to your mood – which is why I’ve finally decided to finish this post. I’ll probably keep updating it as new things pop up.

The point of this post is not really to talk about my ideas, but to remind myself that if I wait long enough, someone will do it for me. With family, work, and user groups, I have very little free time to implement my ideas. I always tell myself I’ll get financial advisor business coaching, but I haven’t done it yet. On one hand it’s fun to see them in the real world, even if not by me. On the other hand, it’s depressing to see so many of them actualized without my help or input. I think it’s time to look up eCom babes cost and finally start my own business!

GRDevDay 2013 and My Kivy Talk

I was lucky enough to give a talk about Kivy – a multi-touch, cross-platform Python GUI and application framework – at GRDevDay 2013. Although my talk was the least-attended talk I went to all day, I enjoyed giving it and I got to meet a few new Python folks from Michigan. I’m going to chalk up the attendance to the fact that I was in the same time slot as a lot of good talks, including three that I wanted to see myself. Ah well, such are conferences. At any rate, it gave me an opportunity to see what worked and what didn’t in this talk so I can make some changes before I give it at MobiDevDay Detroit in May. Watching the “So you think you know Javascript” talk at GRDevDay

GRDevDay was a great conference. The organizers really treat the speakers well with a semi-private speaker’s lounge and even special gifts. This is one of the few local events that I attend where I don’t do any organizing, and even though I feel like kind of a slacker, it also feels good to not have all of that pressure for the whole day. The GitHub-hosted drink-up at Kitchen76 was unbelievably crowded, but I still had fun and got to talk at length with some people I usually chat with infrequently online.

For those interested, I’ve posted the slides from my Kivy talk to Speaker Deck, and you can find the tutorial as it existed for the talk in this repository on GitHub.

[Edit 2013-03-05]
There were a few questions I was unable to answer at my GRdevDay talk. As I find answers, I will post them here.

Question: Can you make Android widgets using Kivy?
Answer: Probably not, but there has been a lot of work in pyjnius. No one has tried it recently.

[Edit 2013-03-07]
In my talk I said that you have to specify Android permissions in the Manifest.xml file. This is incorrect, you specify the permissions as part of the build command. See the Python for Android docs for more information.

The relationship and difference between a Google+ Page and a Google+ Community eluded me at first. After having created a few of each for the various user groups I’m involved with, I think I have a handle on how to set them up.

You start with a Page for your group. Make sure you set up Managers for the Page. This can be done by switching to the Page, then clicking the tiny Settings link in the lower right, and then on the Managers tab.

From that Page you create a Community. See, a Page is like a person (kind of like a corporation is a person), so it can own Communities. Those people who are Managers of your Page can also manage the group by switching to the Page first. The Page will be the default Owner of the Community, but you can add other Owners. If you’re viewing the Community, click on the Members link. You can then use the little triangle next to member’s names to promote them to Moderators and from there to Owners.

Hopefully this will get you off on the right foot with your Pages and Communities.

[Edit]
By request, here are the Google+ Pages and Communities I’ve setup: 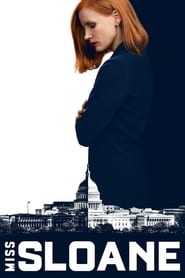 ‘Miss Sloane’ is a movie genre Drama, was released in November 25, 2016. John Madden was directed this movie and starring by Jessica Chastain. This movie tell story about An ambitious lobbyist faces off against the powerful gun lobby in an attempt to pass gun control legislation.

Do not miss to Watch movie Miss Sloane (2016) Online for free with your family. only 2 step you can Watch or download this movie with high quality video. Come and join us! because very much movie can you watch free streaming.